As I mentioned in my last post, we have a couple of wonderful interns at The Dale this summer, Olivia and Ahmeda. I have been spending some time with Olivia in particular, showing her the ropes. In the process I have been able to see our day-to-day lives at The Dale through fresh eyes… and have realized anew that sometimes our days are pretty strange!

Take today for example. We had a staff meeting in a noisy coffee shop. That’s normal for us, but not for most organizations. At the end of the meeting, one of the staff people (who we’ve come to know over the many hours per month that we spend having meetings in that particular cafe), asked us what we were up to for the rest of the day. She knows that we run drop-ins throughout the week, and had a box full of ziploc bags full of snacks that she was hoping to give to us. We gladly received them, to then discover (with delight) that they were shaped like butterflies: a painted clothes peg with googly eyes and pipe-cleaner antennae was clipped in the center of each bag, so that the two halves of the bag formed wings. We, as a community, greatly enjoyed these creative snacks while meeting in the park for our Tuesday afternoon drop-in.

Partway through drop-in, a complete stranger came over and asked me to tie his hair into a ponytail using a beaded bracelet. After a moment of language-barrier confusion, I tied his hair into a ponytail with his bracelet, and he went on his way smiling. I guess we looked like a friendly enough bunch, and I had my hair in a low ponytail like the one he was hoping to acquire. So it all worked out great.

Then Olivia and I walked down Queen Street towards the home of a recently hospitalized friend. Our job was to check in on his cats. On the way we were stopped a number of times; once by a friend who was busking, but stopped mid-stanza to say hello and meet Olivia. He asked what happened to my other co-workers, assuming that Olivia was a replacement.  When I happily explained that we’ve actually grown to a team of five for the summer, he said “oh, that’s beautiful!” This from a guy who has very little time for organized religion on the whole, but seems to think The Dale is alright.

We were stopped a few steps later by a friend who had just gotten keys to a room in a rooming house- his first place to call home in a very long time. We congratulated him with great joy 🙂

When we finally made it to our destination, we fed a couple of hungry cats, and cleaned out a rather full litter box. We realized, on our way out, that we didn’t know where the garbage bins were located for our friend’s building, so asked some neighbours if we could put our bag (which happened to be full of litter box contents!) into their bin. They agreed, and we went on our way.

Later today we’ll meet up for dinner with some Dale friends at St. Francis Table, where meals are served restaurant-style for $1 (including dessert and coffee!) After dinner, we’ll read a section of the book of John, and discuss it.

All in a day’s work. As strange as these days can be, I wouldn’t have it any other way.

Many of us humans, for many valid reasons, find it hard to let people in.

While I consider myself to be something of an open book, I’m aware that the reason I trust easily is because I have had very few experiences of having my trust betrayed. This is a privilege that I do not take for granted.

Many/most folks who call The Dale home do not share this privilege. For many of our friends, having their trust betrayed is the rule, not the exception. It’s no wonder that it can take years for trusting relationships to form in the context of community, when the assumption is that the other party involved will eventually stab you in the back.

This is why it’s a really big deal when our friends not only allow us into their hearts, but also their homes. Some of our folks couch surf or shelter hop. But others have a room in a rooming house, or an apartment in a relatively affordable building. Many of these housed friends do not consider their place to be “home”- it’s simply a place to sleep, and/or a place that becomes overwhelming due to the tendency to hoard. This tendency is understandable, when scarcity is the overwhelming trend in someone’s life.

Over the last few months and years we’ve had more and more experiences of people at The Dale allowing us into their spaces, in order to help bring a bit of order to the reigning chaos. This is always such an honour.

I realized last week that we’d turned a corner in our relationship with a community member when they allowed not only me/Erinn/Meagan (people they know well) to come and clean, but one of our wonderful summer interns (who is new to this friend). It took years for this friend to let us in, but only a week to let in a new person who was assumed to be trustworthy because she’s with us. Wow 🙂

Being let in. It never gets old. 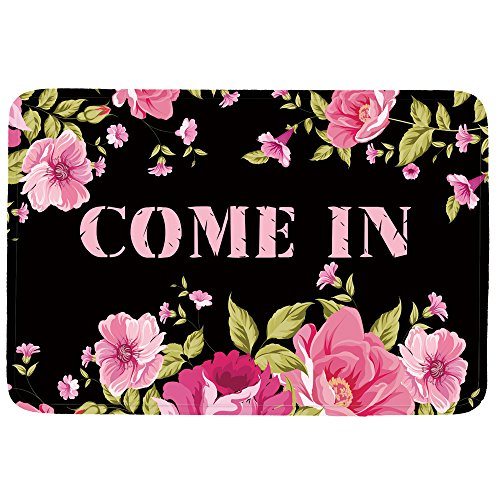 I’ve been struggling to find words to share here today; there are stories from the community rolling around my head, but they all seem too unfinished to write down… yet. Instead, I’d like to share a poem that I read this week, which resonates with this feeling: that I need to slow down and seek to understand people (including myself!) in our particularity before I can make any sense of the bigger story.

I go down to the edge of the sea.

How everything shines in the morning light!

The cusp of the whelk,

the broken cupboard of the clam,

nothing at all whole or shut, but tattered, split,

dropped by the gulls onto the grey rocks and all the

First you figure out what each one means by itself,

the jingle, the periwinkle, the scallop

Then you begin, slowly, to read the whole story.