I was thinking this morning about the importance of family, and being with people through the thick and the thin.

I am very grateful to be part of many families. I have the deep privilege of being surrounded by a vast network of biological/extended/step family members who know and love me. I do not take this privilege lightly.

I am also part of networks of friends who are basically family. I’ve known some of these folks for much of my life, and others I’ve met relatively recently but feel like our souls have known each other for much longer.

I also have the honour of being part of the big, quirky families that are Sanctuary and The Dale. I’ve been reflecting recently on how these communities are family-like in a bunch of real (sometimes uncomfortably real) ways. Take the last few weeks at The Dale for example:

So, yeah. In sadness, in frustration, in joy, we’re with each other. Thank you to all of you, who by your support, prayers and readership, are part of our extended Dale family. We’re in this thing together.

*Sorry that this post is longer-winded and more academic than usual! This stuff is really important to me, and I wanted to do it justice…

Over the last number of months I’ve gotten more involved in community organizing in Parkdale, surrounding the issue of gentrification and the resulting displacement of folks who are marginalized. This neighbourhood is changing so rapidly, and it saddens and angers me to know that the people who are being most negatively impacted by these changes are my friends who live on low incomes and already struggle to get through each month without the stress of losing their housing.

This story has repeated itself over and over, in cities all over the world. A low-income neighbourhood becomes a desirable spot for young people and artists, because it is affordable and “edgy”. Gradually rents begin to increase, and independent, affordable stores and restaurants are replaced by higher-end shops. The rooming houses that have provided many people with affordable (if inadequate) housing are bought up and turned back into single-family dwellings. People who have rented apartments at an affordable rate are evicted (often illegally), and landlords jack up the rental price for new tenants. As these sources of affordable housing dry up, the wait times for subsidized housing (which are already ~10 years long in Toronto), get longer and longer. Eventually condominiums are built, which people on fixed incomes could never dream of affording. People who have lived in the neighbourhood for many years (or decades) are forced to take whatever affordable housing they can find, miles and miles away from the place they call home.  This is the current story of Parkdale.

When I first came to this neighbhourhood, 5+ years ago, I knew that gentrification was happening. But it seems that, in the last year or so (perhaps due to the general acknowledgement of the unaffordability of housing in Toronto), there is a growing urgency in the collective consciousness of Parkdale; a determination to do what we can to stop/mitigate the harmful effects of gentrification.

Back in the Fall, I attended a public meeting about the proposed development of a 706-unit luxury condo at the south east corner of Parkdale. It was clear in that meeting that this condo was unwanted by people who call Parkdale home, for a whole variety of reasons. I attended a boisterous but peaceful rally at the proposed development site early one Wednesday morning (pictured below), and wrote a deputation that was read at a committee meeting at City Hall. Despite the overwhelming disapproval of Parkdale residents, and the apparent regret of many City councilors, the proposal for two towers of luxury condos was approved.

In January, I joined with a number of other people from the neighbourhood at City Hall to speak about the proposed regulations around Inclusionary Zoning (a set of policies could allow the City of Toronto to require that developers ensure that a certain percentage of new housing units be affordable.) This could be an amazing way to generate more affordable housing, but the policy that was written by the province was very weak. So I represented The Dale at City Hall, urging City Council to demand a stronger policy. By the end of the meeting, it was clear that City staff and City Council intended to do just that, which was encouraging.

Last Saturday I joined a group of people (many of whom were also at the public meeting, rally and City Hall meetings) to help develop the mandate for P.E.R.N., the Parkdale Eviction Resistance Network. The idea behind this network is that people in Parkdale are often evicted illegally because they don’t know their rights as tenants and/or they don’t have the support they need to stand up for those rights. The hope is that P.E.R.N. can help to educate our friends and neighbourhoods about the due process surrounding eviction, and provide support for those times when an illegal eviction is taking place.

I’m really glad to be engaged in this kind of community organizing in Parkdale; I’m encouraged by the solidarity and camaraderie that is being generated, and I believe that small groups of people can do great things.  And I am still very concerned about the future of this neighbourhood. I’m worried that my friends on the margins will no longer be able to live in the place that feels like home.

If you’re interested in learning more about how you can be involved in this work, please contact me at joanna@thedale.org

And if you don’t have the time, energy or inclination for direct involvement, please join me and others in praying for the shalom of God to rest on this beloved community as time marches forward and changes develop.

In hope that Parkdale can be kept awesome, 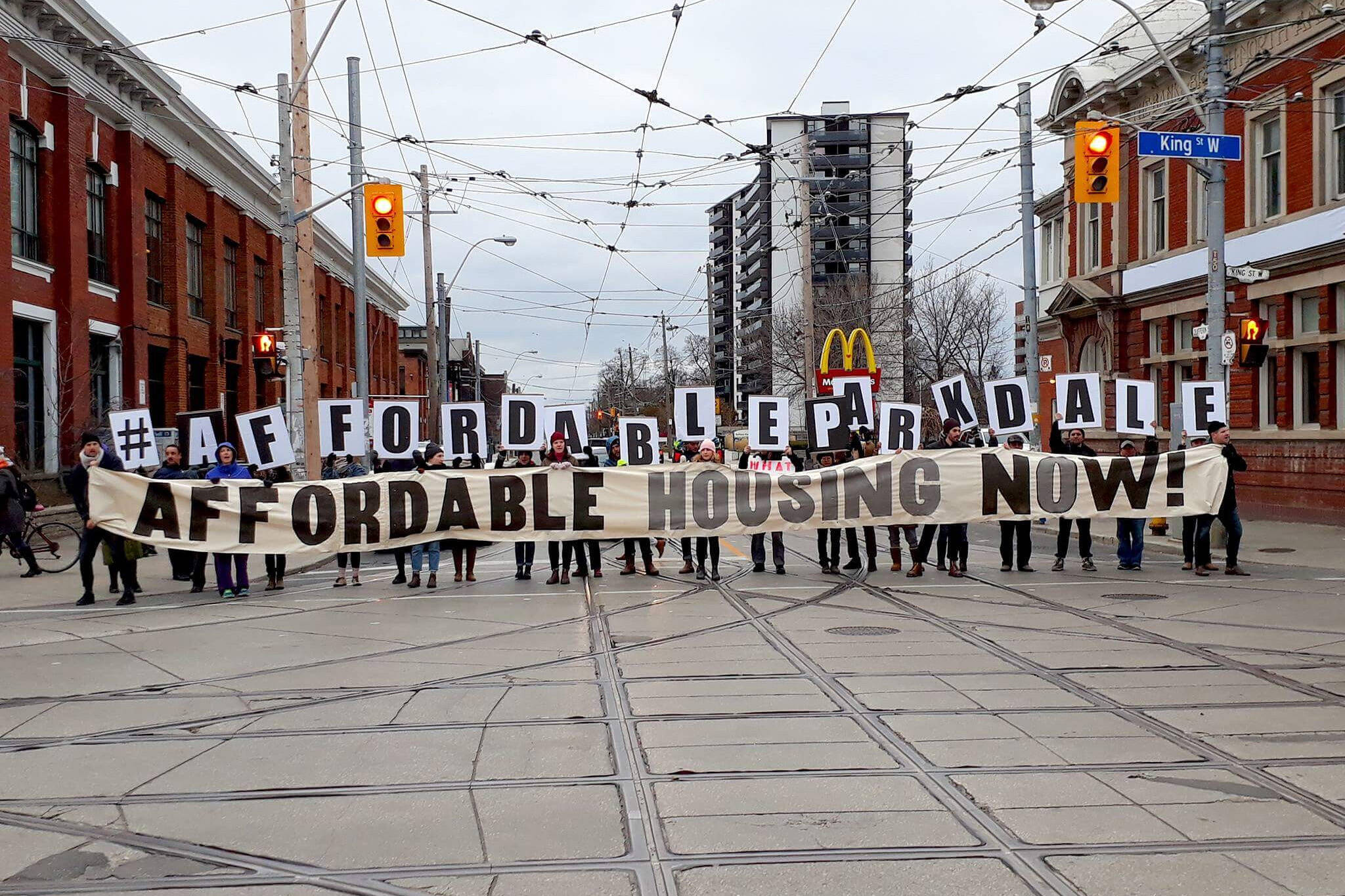